Throughout the month of August Know the Line hosted a poster campaign at tram stops in Sheffield to challenge people to know where the line is.

John Mothersole, Chief Executive of Sheffield City Council supported the campaign stating: “Harassment is wrong. Simple. So don’t do it and don’t stand for it. Support the campaign to make sure the line isn’t crossed. Know the line, now.” Thank you for your continued support John. 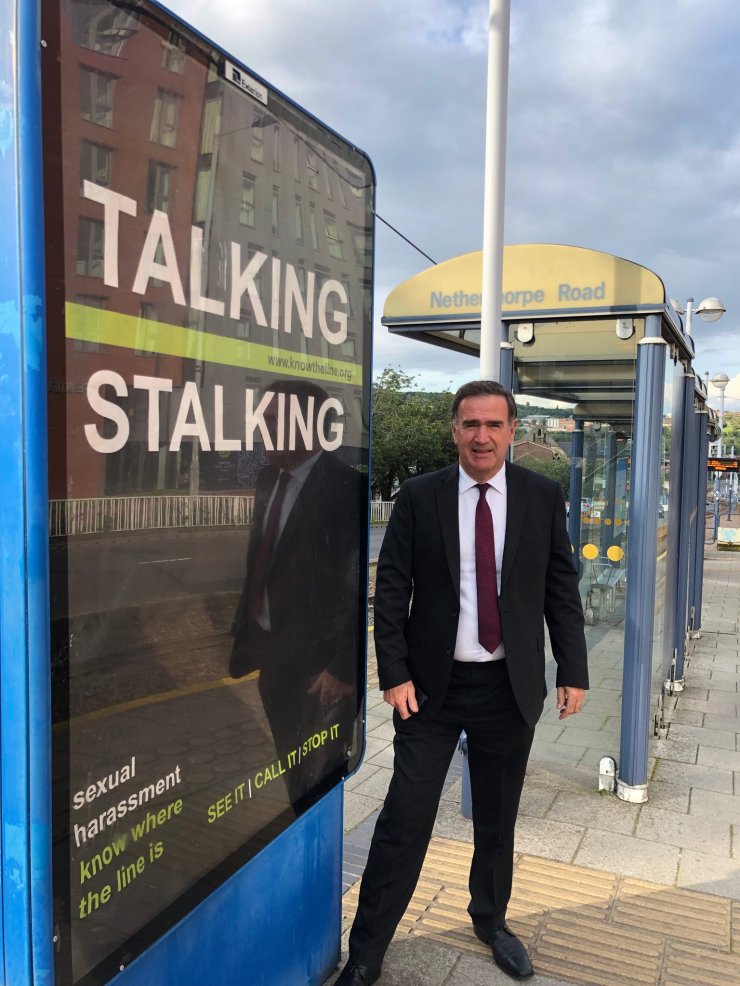 Thanks to funding from the Lush Charity Post, Know the Line had posters at tram stops at: the University of Sheffield, Netherthorpe Road, Middlewood Road, Malin Bridge, Meadowhall and Cricket Inn Road.

The posters featured paired phrases of acceptable/unacceptable behaviours and aimed to challenge the sexual harassment of women and girls in our streets and public places and to encourage bystander intervention. The campaign hoped for the posters to spark conversations about knowing the line between acceptable respectful interactions, and unacceptable, intrusive and offensive behaviours.

You can read more about the poster campaign via articles in The Star and the Sheffield Telegraph.